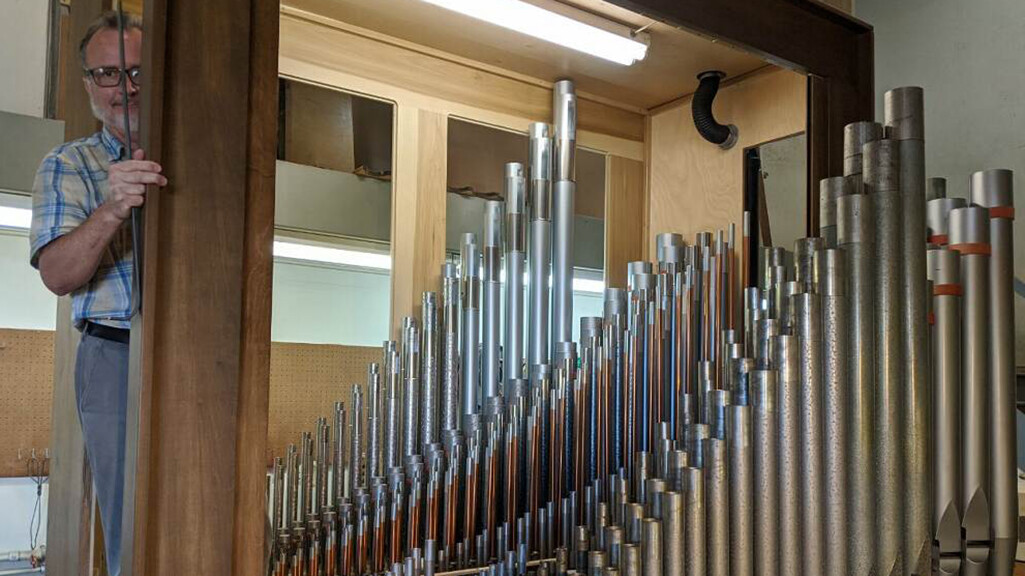 Last December the Board of Trustees approved the restoration of our Sanctuary Pipe Organ. The 108-rank L. W. Blackinton and Associates Organ began its service in 1989. Every 30-35 years restoration work has to be done to electro-pneumatic pipe organs due to the working life of thousands of leather parts drying out and cracking apart. It is critical to replace the leather before too much damage is done, otherwise notes will stick and unwanted sounds will occur, disrupting the playing of music. A few of the pipes have already been removed from their holes in order to prevent these unwanted sounds, but those pipes are also not available when needed to play music.

While the bulk of the work focuses on replacing the leather parts, we are making some modifications to part of the Chancel Organ that rests on a shelf behind the pulpit and above the heads of our choir tenors and basses. These modifications will allow the Chancel Organ to function better as an accompanying instrument for the choirs and soloists by putting an additional set of pipes under expression (inside a box that has moving shutters to change the volume by opening and closing them with a foot pedal operated by the organist). The Swell Division on the lectern side is also under expression. Two new sets of pipes (8' and 4' Geigen Principals) have also been added for additional sounds and a 3-rank Mixture has been moved from the Chancel to the Gallery to replace another 3-rank Mixture that will be retired. As a result, our 108-ranks will be reduced to 107 but the organ will function in a better way and it will still be the largest pipe organ in San Diego County. This expressive division will have its name changed from "Positiv" to "Choir," a reflection of its intended function as an accompanying division for the choir and soloists.

This part of the Chancel Organ has been built and assembled in the Blackinton shop located in El Cajon as you can see in the accompanying photos. The large wooden box will have a door on the left side for access to tune the pipes during regular service calls and the large opening in the front will hold the louvered shutters to make the back set of pipes expressive. Their staff will disassemble the organ and all the parts will arrive in the Sanctuary in the coming days. After Christmas scaffolding will be erected on the pulpit side near the altar area to lift the wind chests, bellows and pipes into place behind the façade of pipes that have remained during this restoration. The assembly process will take about two weeks. Once everything is installed the scaffolding will be removed and some final tonal adjustments will occur so that the pipes function well in our space and acoustics. It will then be able to be used for worship and concerts.

The next stage of restoration will focus on the Swell and Pedal divisions of the Chancel Organ, located behind the lectern on the shelf above the heads of the choir sopranos and altos. This project will take a few weeks to completely replace the leather parts. Once that is completed the Chancel Organ will be fully functioning. The Gallery Organ will be re-leathered starting next summer, with each of the five divisions (Swell, Great, Positiv, Choir and Pedal) disassembled separately so that most of the organ will always be playable. The entire project should be completed by early 2022.

Photos below courtesy of Dale Sorenson 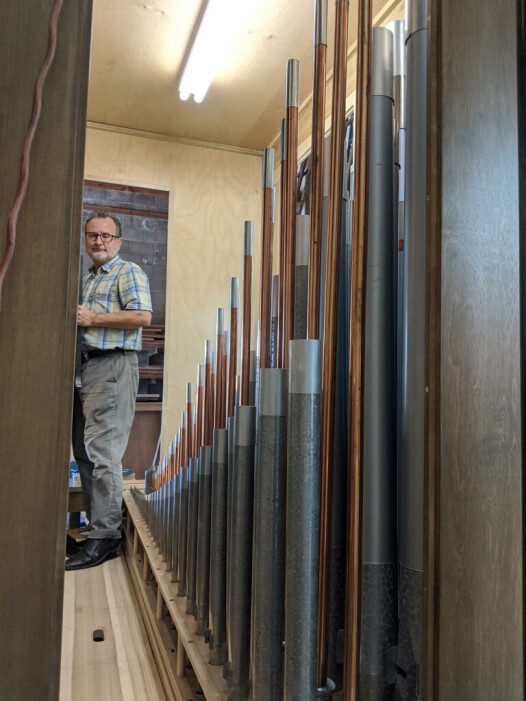 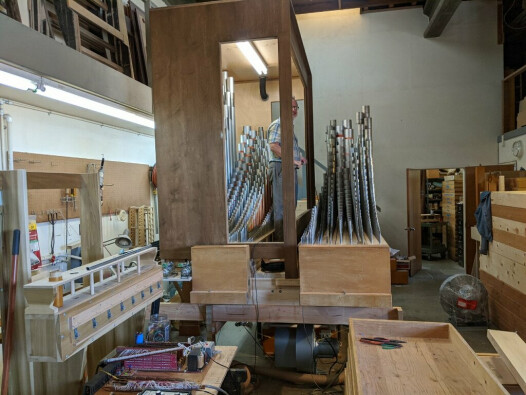 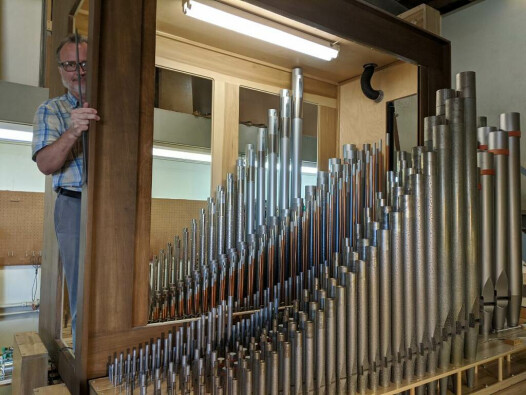 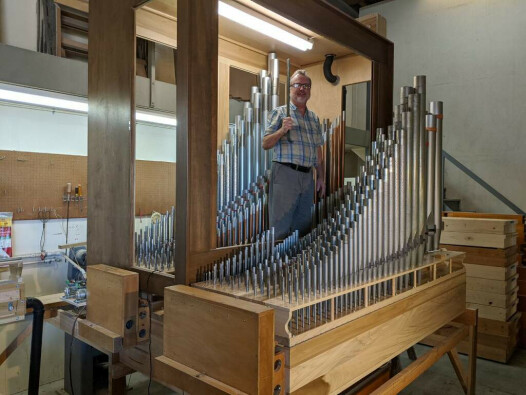