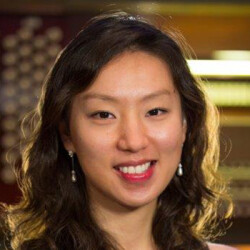 Awarded Fellow of American Guild of Organists in 2011, she completed her Doctor of Musical Arts in Organ Performance at the University of Southern California in 2019. Prior to her studies in organ, she earned degrees in Composition and Scoring for Film & Multimedia from Korea National University of Arts and New York University respectively.

She participated in the recording of an album of the “Hollywood Epic Brass” with in-demand studio musicians in 2014 and has worked with such prestigious organizations as Los Angeles Opera, Los Angeles Master Chorale and San Diego Symphony. Featured at the West Region Conventions of the American Guild of Organists in 2017 and 2019 and at the AGO OrganFest 2021, Dr. Hwang maintains an active performance schedule as a recitalist and as a collaborative artist.