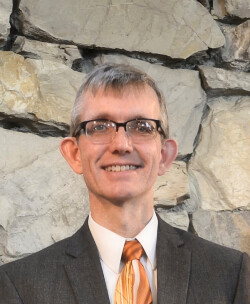 Michael D. Munson is the organist at the First United Methodist Church of Escondido, where he has served for the past 15 years. He gives a concert every November as a part of the church’s concert series. A native of the state of Maine, he has concertized in the eastern United States and Europe, and gave a series of organ recitals in Denmark in the summers of 2013 and 2017. Dr. Munson currently teaches beginning and applied piano and organ at Palomar College and accompanies the applied music program at MiraCosta College. He earned his Doctor of Musical Arts degree from the Eastman School of Music in Rochester, New York.