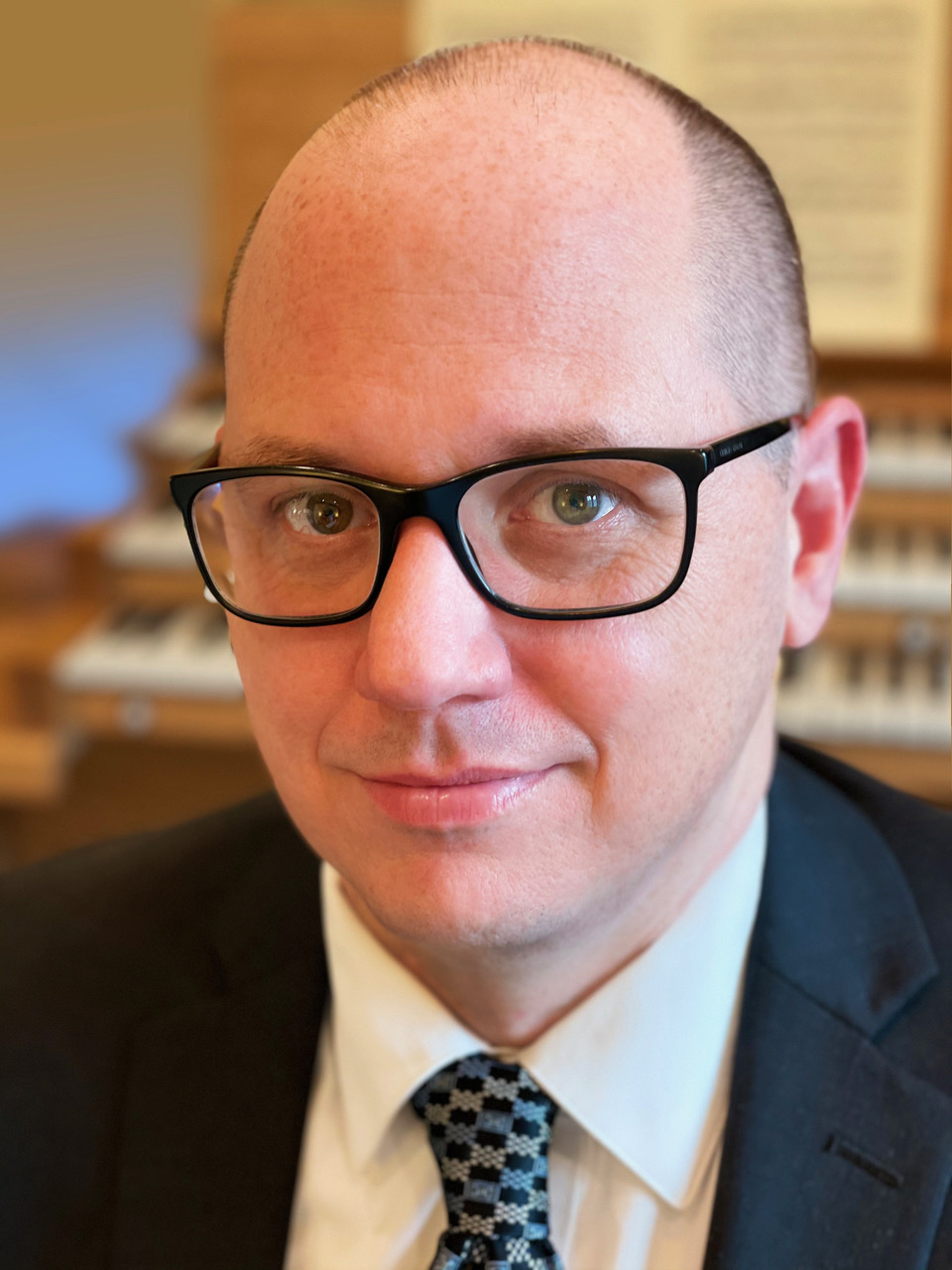 Jason Klein-Mendoza is a Los Angeles-based organist, conductor and teacher. He currently serves as Organist at St. James Episcopal Church in South Pasadena, CA, and has served parishes in Chicago, New Jersey and California. Most recently he served as Associate Director of Music at All Saints’ Parish in Beverly Hills, CA. He was the featured organist on the All Saints’ Choir’s most recent recording, “’For All The Saints’: Anthems, Hymns and Motets,” which was released on the Gothic label. He is represented by the Concert Artist Cooperative. He has performed throughout the United States and Canada, notably at Orchestra Hall in Chicago and at Segerstrom Hall in Costa Mesa, CA. Additionally, he has played at Canterbury, Salisbury, St. Paul’s and Wells Cathedrals in the UK. From a family of educators, he is committed to the development of young musicians and has served as a faculty member for two Pipe Organ Encounters of the American Guild of Organists.

He studied organ, church music and conducting at Concordia University in River Forest, Northwestern University, and the Thornton School of Music at the University of Southern California. He has studied organ with David Christiansen, Margaret McElwain Kemper, David Craighead and Ladd Thomas, and his earliest organ studies were with Fred Becker of Crystal Lake, IL. In addition to the standard organ repertoire, he has a keen interest in forgotten gems for the organ and is an avid supporter of new music for the organ.