Totentanz, Paraphrase on the Dies Irae (transcribed by Thomas Mellan) 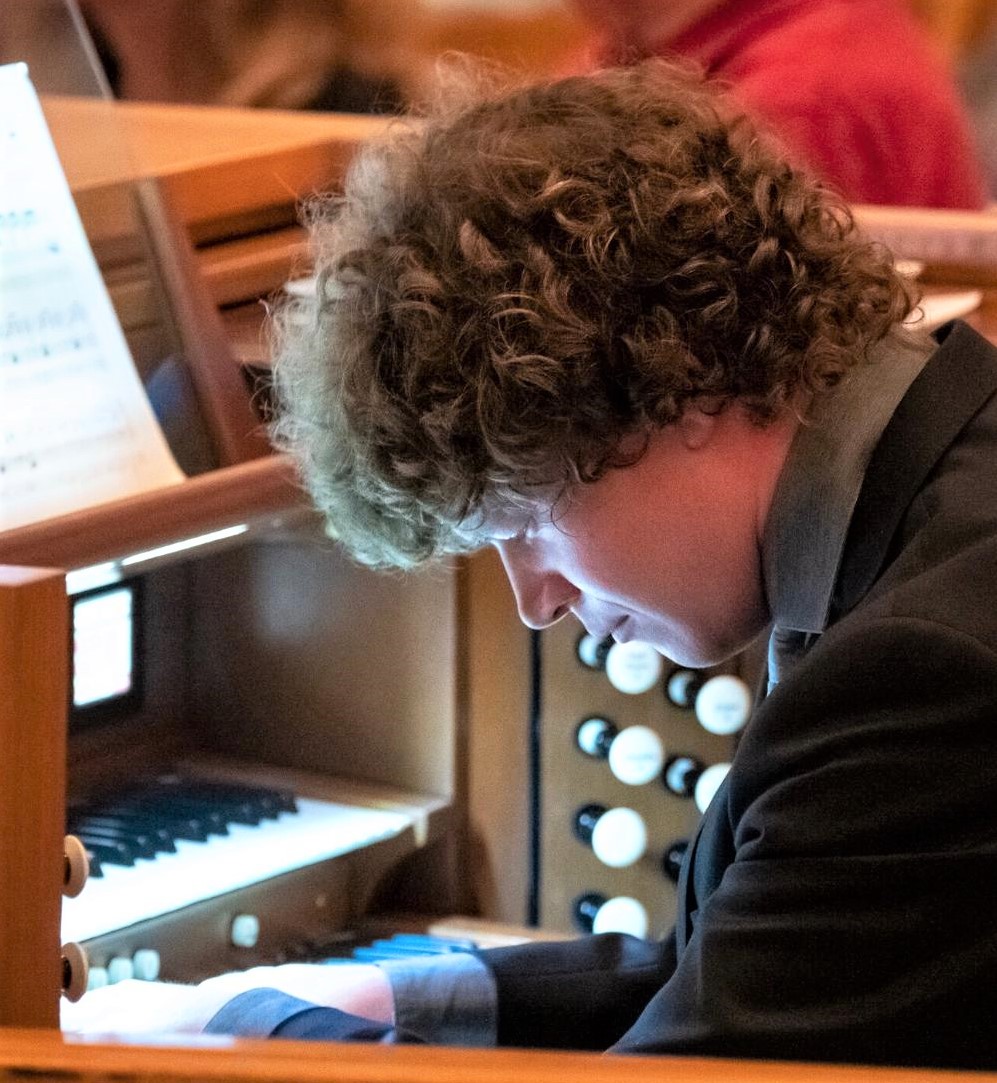 Born in Lyon, France in 1995, organist/composer Thomas Mellan was awarded first place in the keyboard division of the 2015 and 2016 national competitions sponsored by the Musical Merit Foundation. In 2019, he was appointed as Organist in Residence of the Jacaranda Concert Series in Los Angeles. In 2011, he was one of six organists invited to record on the official Walt Disney Concert Hall Organ DVD. He performed as Rising Star in the American Guild of Organists’ West Region Regional Convention and in the Centennial International Summer Organ Festival at the Spreckels Pavilion. As Young Artist of the Year, he performed a solo recital in the 23rd Organ Festival at St. Eustache in Paris, France. In 2018, he performed on the International Organ Festival of Lille, and that of St. Antoine l’Abbaye, in France. He gave the Ukrainian premiere of Messiaen’s Livre d’Orgue during an artistic residency at the Organ Hall in Lviv in the same year.

His catalogue of over thirty compositions includes orchestral, chamber and solo works. His work …on transcendence…, for five solo cellos and orchestra, was premiered by the Sakura cello quintet and the USC Thornton Symphony under the direction of Donald Crockett in 2016. He performed his Ballade de l’impossible as a guest of Cameron Carpenter at Walt Disney Concert Hall in 2019. His Compositions have been performed in such venues as the Chautauqua Institute (New York), Rider University and the Princeton University Chapel (Princeton, New Jersey), the Spreckels Organ Pavilion (San Diego, California), Walt Disney Concert Hall, (Los Angeles, California), the University of Southern California and Église St. Eustache (Paris, France).

Mellan was the Outstanding Graduate of the masters class of 2019 and the undergraduate class of 2017 at the University of Southern California Thornton School of Music. He graduated with a Master of Music degree in organ in 2019, and a Bachelor of Music degree with a double major in organ performance and composition in 2017. In 2020 he graduated with a Master of Music degree in composition at USC, studying with Donald Crockett. He studied organ with Cherry Rhodes at USC, and worked privately with Jean Guillou in Paris. Mellan received the Presser Undergraduate Scholar Award in 2016. He was named one of the 20 under 30 young musicians pushing organ in new directions in the Diapason Magazine in 2019. He was awarded the Thornton Faculty Award in 2013, the most prestigious scholarship awarded to an undergraduate at the Thornton School of Music.